Trending
You are at:Home»Features»NPA-NAVY Relationship and the irony of ship building in Nigeria
By Saint Augustine on March 31, 2014 · Features, Interview

During the just concluded Nigerian Maritime Expo (NIMAREX) 2014, the Nigerian Navy was the envy of all at the Expo as it displayed its ship NNS Andoni which was said to be built locally by the Service.
The participants especially the Nigerian Indigenous Ship-owners Association (NISA) was filled with pride at such a “can do spirit” of Nigerians which had been demonstrated by the Nigerian Navy.
But not up to one week after the much celebrated achievement, the Nigerian Media was awashed with the news that the Nigerian Ports authority (NPA) has donated three patrol boats to boost its surveillance of the nation’s maritime domain.
The Managing Director of the Authority, Mallam Habib Abdullahi while making the donation said that the presentation of the patrol boats to the Nigerian Navy was a demonstration of its organization’s determination to collaborate and partner with other government agencies to secure the nation’s territorial waters both offshore and onshore.
He expressed optimism that these boats consisting of one 32 metres OCEA named NNS Dorina and two 17 metres MANIA boats named NNS Torie anmd NNS Egede with the unique operational features and capacities, will augment the fleets of the Nigerian Navy in its search and rescue operation within the nation’s waterfronts.
“I am certain and confident that the Nigerian Navy would make good use of these boats for the purposes they are meant for considering the huge amount spent to procure them from the meager resources of the agency”, Mallam Abdullahi said.
Responding, the Chief of Naval Staff, Vice Admiral Bako Jubrin who described the event as another milestone in the collaboration and relationship between the NPA and the Navy remarked that the gesture couldn’t have been better before now considering the prevailing situation in the maritime industry.
Vice Admiral Jubrin who was represented at the presentation by the Flag Officer Commanding Western Naval Command, Rear Admiral Samuel Ilesanmi Alade thatkned NPA for the donation describing the acquisition of the boats as notable step aimed at curbing the activities of the pirates at sea.
He commended the management of NPA for its effort at improving the ports and assured that the boats would be judiciously used.
It was in the light of the above that many Nigerians especially the indigenous operators at the Nigerian Maritime sector has described the donation as a misplaced priority since the Nigerian Navy has proven to have acquired the capacity to build ship locally in the country.
While it is worthy of note that the Nigerian Naval Dockyard which has also been commercialized recently has proven its capacity to build patrol vessels between 10 and 38 Metres which was exhibited in 2012 when it built the NNS Andoni, the boats donated by NPA to the Navy is a 32 metre OCEA and two 17 metre MANTA class boats, which were built in South Africa and handed over to the Navy at the Western |Naval Command Headquarters in Lagos which could have been built at a far less amount than the 20 million dollars (over 3 billion naira) in the country by the Navy, many argued.
It further pointed to the fact that like many other government Ministries, Departments and Agencies (MDAs) may have opted for the more expensive option of getting the boats built for self-serving purposes like inflated costs of procurement and many travels for contracts (including travel allowances|).
Many have also observed that the authority has acted against the spirit and letters of the Coastal and Inland Shipping Act (Cabotage Law), 2003 which seeks to increase indigenous participation in the highly foreign dominated maritime industry.
The gesture was more worrisome as one can recall that during an inspection tour of the second patrol boat being built by the Navy at its Lagos Dockyard, the Immediate Past Chief of Naval Staff, Vice Admiral Joseph Dele Ezeoba had boasted of the Service’s readiness to begin building and exporting of Military boats. 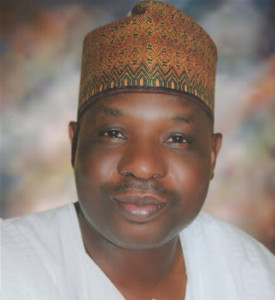